For the past twenty-six years, Saint John has come alive with the magic and wonder of the most accessible form of the arts: street performance. Welcoming professional acts from across the globe, the festival is a feast for the senses: fire, acrobatics, magic, contortion, comedy, music, laughter; gravity-defying, awe-inspiring feats; and heartwarming moments that connect us.

This year, the festival is continuing its consistent growth, expanding to include a fifth day and night of wonder to the schedule running July 13-17, 2016. With more acts and more venues, the event offers more surprises, delights, and thrilling moments than ever before, welcoming fifty performers from all over the world.

Monday, June 13th, one month to the day from the festival, launches the full complement of performers and schedule online.

In the wake of the massively successful anniversary in 2015, which saw the most world records broken and attempts combined at one time, the undercurrent for the festival theme that will carry it to the 30th anniversary is ‘feast for the senses’.

“We enjoyed playing with the concept of ‘experience the four elements; discover the fifth element’ from our 20th to 25th; now, we are exploring ‘feast for the senses’ as it pertains to Buskers: the sights, sounds, scents, tastes, and being touched by an experience unlike any other”, excitedly describes Stephany Peterson, the festival’s director. “Fire and ice, laughter and screams, music and memories – the experiences of Buskers resonates with each of us, and stays with us for a lifetime”. Throughout a quarter of a century, this festival has shaped and been shaped by our city. It is a part of our city as much as the city is a part of it, having garnered a reputation as one of the biggest and best by both performers and audiences alike. It’s an event that uniquely makes our citizens feel like tourists, and our visitors want to become citizens. We cannot wait to share another year of Buskers on the Bay!”

Buskers on the Bay Festival is in its 26th year. It is the only festival of its kind in the province, the largest in the east, and one of the largest in North America. Expanding year over year for the past decade, the festival rebranded to Buskers on the Bay Festival to celebrate its milestone 25th anniversary, an event for which it was awarded the Hospitality Saint John Legacy Award. 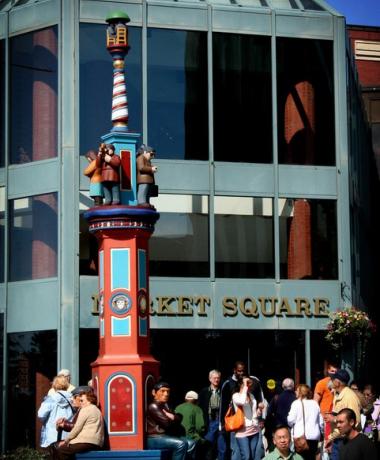