Saint John based singer/songwriter and pianist Aryelle Morrison is pleased to announce that her debut recording Stereotypical EP will be released on January 25th, 2018. It will feature 5 original songs and be available on iTunes, Google Play, Spotify, Apple music, Bandcamp, Soundcloud and everywhere else music can be streamed and downloaded.

Stereotypical EP was recorded by Adam Dincorn, at his studio Undertone over the month of September 2017. With highly relatable, in-your-face lyrics and driving pop-based piano, Aryelle says her songs are often described as “theatrical.” “My music gets a lot of comparisons to musical theater, though this was never my intention. I was honestly aiming to give listeners a very enjoyable slap in the face, haha.”

Thematically, Stereotypical is a very existential set of songs. “These songs were written over the past two years when I was done school and knew what I wanted to pursue writing pop music, but was scared to jump in with both feet. I was worried about failure and the reaction that everyone around me would have to my life choices. You can hear me sorting through my concerns quite plainly in the lyrics.”

To celebrate the release, Aryelle will be putting on two free concerts, in two cities. The first is in Saint John on Friday, January 26th, 2018, from 7-9PM in the upstairs room of O’leary’s Pub (46 Princess St.). With an opening set by Sean Ridder, complimentary snacks and Aaron Gunn perfecting the live sound, it is sure to be a great evening of music. The second is an afternoon concert in Moncton at Plan B Bar & Lounge (212 St. George St.) on Sunday, January 28th from 3-5PM, with an opening act by Josée Mills. Expect to see more of Aryelle in the year ahead! 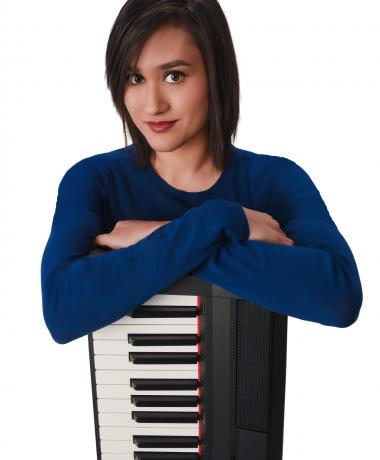