Mud City Meltdown (MCMD) is back with its third edition to present five days of great live performances throughout the city’s downtown from July 25-30, 2017. ‘’Give’r’’ is this year’s motto, with bigger bands, bigger stages and lots of new additions to round out the festival’s activities. MCMD will feature the biggest bash to date with their brand new outdoor main stage at Riverfront Park. “Adding a venue of this magnitude is huge for us as we’re now able to look at bigger names to take part in the festival, which will hopefully attract more people from out of town to come experience what the region has to offer in the summer.” says festival coordinator, Xavier Léger. The new stage will feature the festival’s biggest names yet for two days of epic live entertainment. As always, the festival will feature various indoor and outdoor venues throughout downtown Moncton which means there’s something in store for everyone.

After two strong showings, the festival team has been working hard to put together this year’s line up of diverse musical talents. The MCMD crew has been eager to announce that Daniel Lanois will be making his much anticipated return to Moncton as one of this year’s headliners, along with his full band, and playing all the hits for an eager crowd at the new main stage. “We’re extremely pleased to have a music legend such as Daniel Lanois come play the festival!” exclaims Léger, “It is truly an honour for us to host such a revered talent and it really does a lot for us in terms of bringing the event to the next level.” Although Lanois has played Moncton in the past, this will be his first performance in an outdoor venue with a stand up rock show atmosphere, which makes it a ‘can’t miss’ moment at the festival. The show will take place on the festival main stage at the Riverfront Park on Saturday, July 29th, and is brought to you in part by the Community Fund for Canada’s 150th. Doors open at 7 pm and you can purchase your tickets online as of Wednesday, May 24th at www.mudcitymeltdown.ca The festival is also planning to present another headliner show on the main stage Friday, July 28th. Details for the second show are to be released shortly.

Continuing in the “give’r” spirit, this year’s program is also chockfull of jewels throughout the indoor show schedule. Whether it’s the great return of the notorious Iron Giant at The Caveau, a special presentation from Forward Music Group artists at the Empress to celebrate their 10th anniversary or a festival exclusive show at Moncton’s Central United Church featuring an unplugged dual concept performance from Les Hay Babies and Les Hôtesses d’Hilaire, you’re sure to find yourself immersed in a unique moment on any given night. Other artists featured in this year’s program include Les Païens, The Monoxides, Violett Pi, The Olympic Symphonium, Marc à Paul à Jos, The Galpines, Stephen Lewis, Amateur Trahan, and much more to be announced.

MCMD is proud to announce its renewed partnership with Music NB in order to continue its development of an educational component during the festival, and have plans to offer a few workshops and panels which would be free and open to the public. It is also thanks to partnerships with the City of Moncton, Downtown Moncton Centre-ville Inc. and the Capitol Theatre that the festival is able offer free outdoor performances throughout the event thanks to initiatives such as the Acoustica and MidisMusique series. This year’s free concert series features great talents each day of the festival, including the kickoff show at Victoria Park on Tuesday, July 25th and the always popular Moncton Market show on Saturday, July 29th.

For the first time MCMD will offer a limited amount of festival passes which will give patrons access to all festival shows throughout the week. Passes and other select show tickets are available online at www.mudcitymeltdown.ca as of Friday, May 26th. Stay up to date with new show announcements, contests, festival news and information by following them on Facebook, Twitter and Instagram.

The Mud City Meltdown Music Festival is thankful for the generous support of their sponsors and venue partners City of Moncton, Canadian Heritage, Province of New Brunswick, Downtown Moncton centre ville Inc, Molson Canadian, Exclaim!, Tripp Law, The Capitol Theatre, Branch Graphic Design, Cansel, Tide and Boar, Plan B Lounge, C103 and BoFM. This Initiative is also made possible by the Community Fund for Canada’s 150th, a collaboration between the City of Moncton, the Government of Canada, and extraordinary leaders from coast to coast. Without strong sponsor support events like this could never get off the ground. 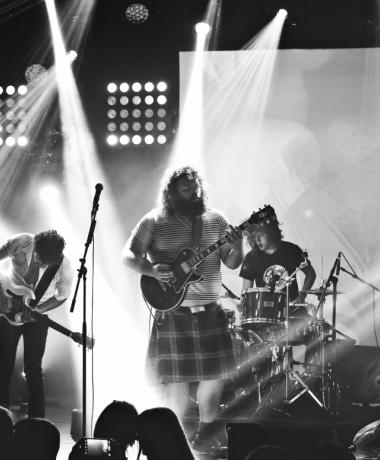