On this date in 2013, we released our second official release as a full band, The Silver Screen EP. To celebrate the 5th anniversary of The Silver Screen, for a limited time we are offering it as a free bonus when you buy our new album, Long Lights. All you have to do is purchase the download of Long Lights from our bandcamp page for $10. We'll drop you a line shortly thereafter with a code to download The Silver Screen for FREE!

Of course, you can purchase the EP itself if you like for only $5!

Here are a few facts about The Silver Screen EP:

- The four songs on The Silver Screen were recorded at the same time as our debut album Harbour. However, the songs (Our Old Rooms, Gentlemen Marry Brunettes, Wherever and Ever I Go, and The Digital Age) were too upbeat and rock 'n' roll to fit with the slower, paced vibe of Harbour.
- The EP was produced by James Oleander, whose Phil Spector-esque, "wall of sound" tendencies were the source of some conflict within the band.
- So far, The Silver Screen has been the only Penny Blacks release to feature horns, which were played by Richard Kidd and Brad Dryer. Dryer's trumpet was actually tracked months before on a demo. The demo track was close enough to the tempo of the new recording to work.
- The EP also featured guest vocals by Jessica Rhaye and Amy Stewart.
- The skewed images that make up the cover and internal design of the EP's packaging are of the actress Susan Hayward from the 1958 film "I Want To Live!" https://www.youtube.com/watch?v=X_iQdDy3tr0
- We released two videos for songs from the EP: Gentlemen Marry Brunettes (https://www.youtube.com/watch?v=X_iQdDy3tr0) and The Digital Age (https://www.youtube.com/watch?v=X_iQdDy3tr0) .

Here's what some kind folks had to say about The Silver Screen EP:

"The Silver Screen is a four song mini soundtrack to a lost, and long ago forgotten movie masterpiece."
- Quick Before It Melts

"The Silver Screen sounds like it could be straight from a beat-up jukebox you found in a pawn shop."
- Golden Mixtape

"Serious beauty...I like that this group will take pop elements but then be willing to drop them or change them to suit what the song is saying at the moment. It’s like taking something familiar and giving us a new look at it."
- Michael Doherty, michaelsmusiclog.blogspot.ca 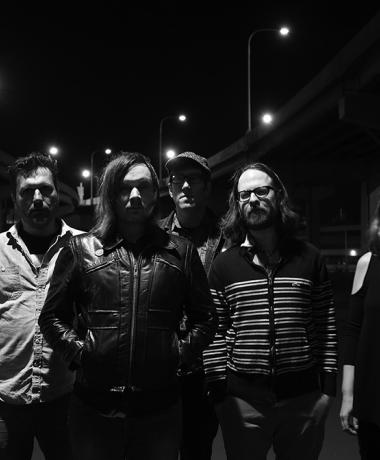