The Capitol Theatre is proud to present country singer-songwriter Kenny James, as part of the SCENE NB concert series, Thursday, January 11 at 7:30pm. Presented at the Empress Theatre in collaboration with Music NB, this series of monthly concerts features exciting artists creating, recording and producing now, from across New Brunswick. Tickets are now on sale at the Capitol Box Office and are priced at $15.

The January 11th concert will also serve as the singer’s second album release. GHOST TOWN is a 10-song album that features James’ very own Alt Country, Americana sound. This singing, guitar-slinging songwriter from small town Sackville, New Brunswick, has a passion for that California Country sound. This is country that is honest and true to the original genre set forth by the great songwriters, Johnny Cash, Merle Haggard, Buck Owens, Gram Parsons, Willie Nelson and George Jones.

Indeed, if the Grand Old Opry were in Sackville, Kenny James could be the Johnny Cash of Canada. The East Coast is far colder than the sun-drenched California desert, but somehow KJ warms things up with a new take on an old sound that was forged in Bakersfield, CA.

Whether playing solo or with a band, there is no denying that Kenny James is a musician on a mission. By keeping it real, this small-town hero is on his way to becoming a very big deal. A former Torontonian citing everything from vintage Merle Haggard to rockin’ Steve Earle and the countrified ramblings of the Rolling Stones as inspiration, James is more rootsy Americana dilettante than die-hard Canadiana easterner when it comes to style. His first album ‘Tougher Than Nails’ states that case.

Buy three (3) tickets and get a fourth ticket free! Contact the Box Office for details. 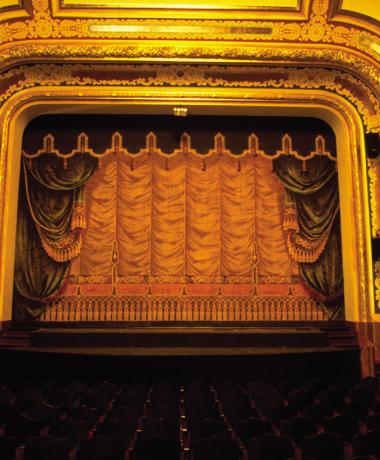