Finally, The Saint John String Quartet is back in concert. Their first concert Reflections, reflects on the ways in which string music is put together and the concepts that give
composers the ideas to create the melodies.

Join David Adams and Danielle Sametz, violins, Chris Buckley, viola and Sonya Adams cello as they open their season with a show meant to charm and inspire.

Beethoven is, as usual, never far from German Drama and the ideas of Goethe. He explores the colours and timbers of the strings through both rhythm and melody. Pärt’s Summa started out as a liturgical choral work but, like much of Parts works, got adapted for other groups. Here the strings reflect on the nature of the liturgical. It has been described as "gently rocked muted harmonic simplicities back and forth".

With Schumann, we reflect on the master of melody and his experimentation with strings after having focused on piano in his early years. Schumann has been noted for his lack of dependence on dry clichés and his musical poetry, both of which are evident in this string quartet. 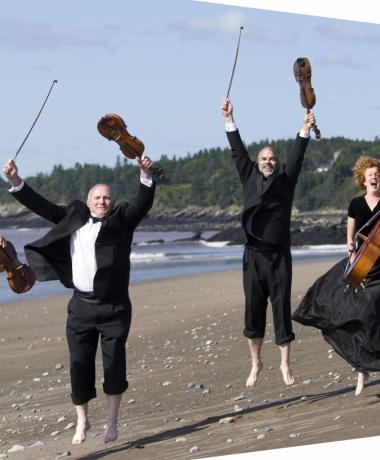