I am a guitar player/instructor, composer, mixing/mastering engineer and producer (One Stop Sound Production). I graduated from Belarusian State University of Culture and Arts in 2010 with a degree in music under the state-renowned guitar teacher Vladimir Ugolnik, who offered me to stay and teach electric guitar at the university. However, my first job as a teacher was teaching classical guitar at Minsk State Arts College, from where I also graduated in 2005. I had played in different bands, I had my own projects wich had success on the Radio and TV. I have worked as music producer on one of the national TV projects in Belarus, and much more. I have worked with artists as a session/touring musician, record producer, and was a member of different recognized bands, popular in Belarus and surrounding European countries.
While at university, I received the Diploma of Laureate of the State Contest “Young Talents of Belarus” Nomination in Instrumental music with my own composition. In 2017 I moved with my family to Canada to discover a new world. In 2018 I was an Electronic Music Camp Instructor at UNB. Currently I'm teaching guitar at UNB, scoring for movies and commercials, working on my own solo music, and production for other artists in my own production studio "One Stop Sound Production", currently based out of Fredericton, NB. Also, I'm a band member, producer and mixing engineer at New Brunswick band "No Name Road". 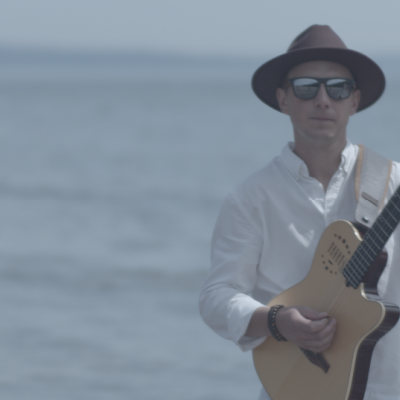