Sue has been on the music scene since the 1980's where she was based in Toronto contracted with "Entertainment Center" with band Legal Limits who was one of the youngest touring bands in Canada.   Legal Limits was signed by Quality Records, FM Records England and Critique Records (subsiduary of Capital).

In 1990 Sue returned to the maritimes and in 1991 was awarded Grand Prize winner of largest Talent Search Contest in Atlantic Canada"STAR TRACK".

In 1995 Sue formed a band Rampage.  This group had a long stretch playing regular venues in the Southern & Northern New Brunswick area.  They opened for acts such as Larry Gowan, April Wine, Randy Bachman & Trooper.     In 1999 “ Rampage.” recorded there first independent album entitled “Playground”.  This album was inspired by the tragic death of 2 young abused children in our area .

Currently 2017 Sue has returned on the scene with Rampage 2.0 with her son Zach Hachey playing beside her.  Zach has been part of the musical theatre community for over 7 years with his latest role as Buddy Holly in KV Players production of "BUDDY".   Rampage 2.0 is a classic rock band combining the experience of seasoned musicians Sue Hachey, Terry Cassidy & Mike Hayes with new generation of talent of Cameron Seaward, Adam Binns & Zach Hachey 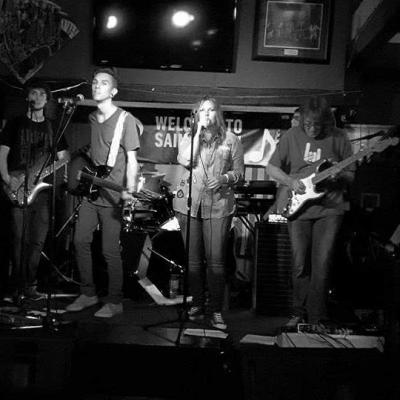