In his early twenties, Mark had the wonderful opportunity to tour with Texas Blues musician, songwriter and producer Gary BB Coleman after meeting him in Banff, Alberta.  After touring with Gary BB Coleman, Mark returned to Newfoundland and formed a band with his brother Paul. Paul had played bass with Mark from the very start, since they were teenagers. The Mark Green Band had their first gig at The Fat Cat in St. John’s Newfoundland in 1994.

Mark then spent ten years in Halifax where in the addition to playing his regular gigs as The Mark Green Band, he occasionally played and toured with Canadian Blues Legend Dutch Mason and Rick Jefferies.  Many notable Halifax guitar players such as Carter Chaplain, Brad Conrad of the Mellotones and a young Garrett Mason also spent time as members of The Mark Green Band from time to time. Mark played and toured extensively throughout Atlantic Canada at the time. He has opened for the likes of Jeff Healey, Sass Jordan, Trooper and Big Bill Morgan Field.

Moving to Montreal, Quebec in 2005 Mark Green spent the next 7 years playing at venues in the area.  Mark returned to the Maritimes in 2012.

The current version of The Mark Green Band developed in Sackville, New Brunswick in 2014 while Mark was rehabilitating from arm surgery for a torn bicep on his right arm. Mark was introduced to Ron Sims by a mutual friend, and they started playing guitar together.  They came up with a few tunes and liked what they heard so they called the late Greg Siddall who joined in on Bass and Thom Cooke who joined in on drums. After only practicing for a few hours they hit it off and did their first set together at a local fundraiser.

The Mark Green Band went on to perform in the IBC in 2016 in Memphis, USA.  From their connections made in Memphis, lead singer Mark Green has managed to tour Australia and has continued to intensively play in Canada.

The members of the Mark Green Band changed with the passing of Greg Siddal, and Thom Cooke moving out West. The band has been honing their craft for the past 3 years now with new band members.  They have all been hard at work jamming in the recording studio at MRC Recording in Memramcook, New Brunswick and are coming up with much more original material and a more developed sound.

The current formation of The Mark Green Band is fronted by Mark Green who is a great showman, great guitar player and unique vocal stylist.  Trading off licks with Mark on lead guitar is stylish guitar picker Ron Sims. Filling out the sound is long time friend and reoccurring band member Noel Taussig playing rhythm guitar, alto guitar, and other instruments as well as background vocals.  Providing the bottom end sound, we have Dave Epworth on bass. Supporting that bottom end and driving the beat is drummer Barry White. This collection of musicians come together for a thick and highly energetic blues sound that will keep you dancing and groovin’ all night long.

Having honed his Blues music skills in Halifax, Nova Scotia since 2005, Marc has performed on stages and festivals for audiences across North America.  Aside from having been a member of the legendary Mark Green Band, he has been a member of Juno Award winners, the 24th Street Wailers, as well as the Garrett Mason band.

Marc has performed at the International Blues Challenge in Memphis, Tennessee, as well as the legendary Antone’s blues club in Austin, Texas. In 2017, Marc had the opportunity of recording alongside legendary bluesman, Jimmie Vaughan.

Luke Patterson is a professional drummer and percussionist hailing from Point de Bute, New Brunswick. Luke's start in music was at the age of 5, when he took to the wooden spoons and step dancing, tapping away with his family playing traditional Maritime music. He then went on to take drumset lessons at the age of 15 and has been hard at it since, going on to earn his B.Mus at Mount Allison University's esteemed Marjorie Young Bell Conservatory of Music with a focus on perc. Performance and composition.

In his professional capacity, Luke has taught privately, performed in many diverse musical settings audiences around the Maritimes and Canada at large.

Currently, he is involved with- The Mark Green Band, Moncton metal heads PissHorse and Canadian gem and cult indie-rocker Klarka Weinwurm as well as remote drum tracking for musicians he cannot physically work with due to the Covid 19 pandemic. 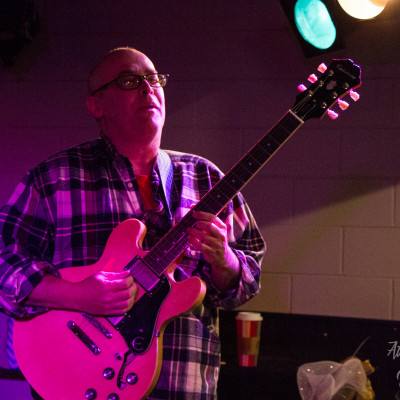 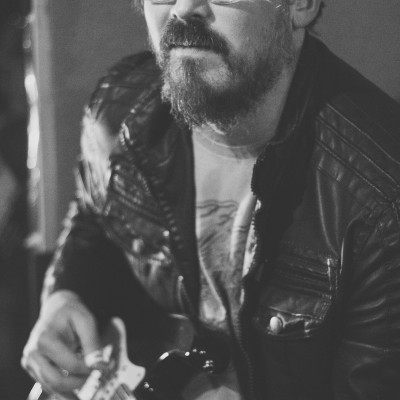