On her first EP, ‘Let ’Em In,’ Saint John singer-songwriter Jennifer Irving serves up a moody quartet of ambient folk songs she wrote and recorded over several years in three different studios and across two provinces. While each track carries the imprint of a different mood, mindset and producer, they’re unified by emotionally honest lyrics backed by moving musical atmospheres.

This debut collection is by an artist at play in the spectrum of traditional and modern styles. Producer Daniel Ledwell lends his trademark lush and layered instrumentation with a touch of spaghetti-western flair to ‘Well Enough’ and 'Weight,' while Charles Austin adds a steady tempo and nostalgia to ‘Someday.’ On the fourth and final track, Jennifer dabbles in the electronic arts, with Snappy Homefry’s synths and brushy drum beats adding lots of airy mood on ‘Lines.’

Considering Jennifer’s musical upbringing, it’s not surprising her tastes range. She was raised in a big, boisterous Maritime family that loves to make music together in times of celebration and of sorrow. Along with the Celtic influences of her father’s Cape Breton heritage is the Quebecois flavor of her mother’s, including an accordion-playing grandmother. While some relatives loved the limelight at these family jams, Jennifer was shy, a listener in a crowd of performers. Songwriting was a natural way for a quiet, creative girl to work through her feelings. For her, music started as poetry on the page and became a songwriting habit that’s persisted, decades later.

Jennifer started performing in her 20s, fronting the band Drift, playing music on the festival circuit in Atlantic Canada. In recent years, family life and a fine-art photography career have put performing on hold, but Jennifer has never stopped writing songs. As ever, it’s a way of dealing with feelings, of making concrete the emotional journey that has grown to include marriage and motherhood to two young sons. Music has always been a way to experience and amplify her feelings, and to seek solace from them. ‘Let Em In’ is a way to invite listeners into that experience, to share what has previously been private.

Through her personal songs, Jennifer taps into the universal experiences of love and loss, their sweetness and sadness, the poignancy in pain. 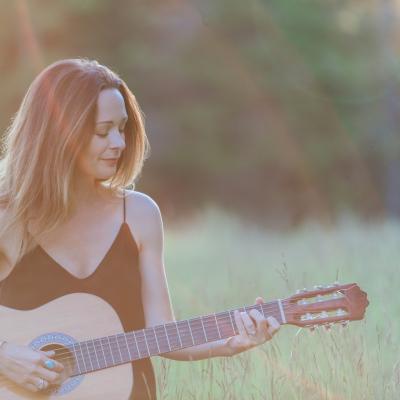