Robbie Tucker from Miramichi New Brunswick strolled into 2021 on the strength of his adventurous, “first and only” eight-track Christmas-themed album ‘Peppermints’ and has more music in the works. With 6 solo albums, an indie series on Amazon Prime Direct, a soundtrack, and more under his belt he continues to create, grow and evolve as a singer-songwriter moving his lyrics and sound in new directions.

Robbie’s love for composition began early on writing his first lyrics at 8 years old. However, it was after forming his first band in junior high school that this 2006 international music aid award recipient discovered his passion for singing. More than a decade later while living in Montreal Robbie would assemble his second backing group, The Dangerous Crayons. A fierce nine-piece band equipped with a four-piece brass section. It was during this period that Gabi Kislat, an independent filmmaker, began creating a documentary that focused on Robbie’s life and music during the first years that followed his diagnosis of early-onset Parkinson’s disease. He was 28 at the time.

His band stayed together until the end of 2009 at which point Robbie‘s health had become difficult to navigate on stage and he decided to stop performing live. The documentary, Musically Medicated, was released in 2013 showcasing Robbie’s music as well as deeply personal aspects of his life. Though he continued to write new music his fourth album ‘Acoustic Fudge’ would not be released until 2014.

A keen lover of music his whole life Tucker treasures melodies from some of the greats including Roy Orbison, Paul McCartney, and Elvis Presley. This is evident in his unique brand of pop-folk which is playful, creative, and surprising sprinkled with a touch of Orbison‘s vocal and writing style coupled with the undeniable influence of 50s rockabilly.

When it comes to highlights whether it be meeting Willie Nelson during the filming of Musically Medicated or lighting up the stage performing original music with The Dangerous Crayons, Tucker cherishes each moment in his career. Notwithstanding the ultimate achievement for this musician is the creation of what he will leave behind. His music, his songs. Some of his standouts thus far include ‘I’m Sorry’, a soaring piano ballad from the album ‘GreenRoom’ (2007), ‘Hope is All We Have’ a song written for the film, ‘Nuclear Hope’ (2015), and ‘Wishbook’ an emotional spoken-word piece from his recent Christmas album Peppermints (2020).

Currently, Robbie is working in his home studio on new music, and his seventh solo album ‘Blue Candy’ release date TBA. Researching new sounds and refining his skills as a music producer with intentions of pitching his music for placement in TV and film without comprising his sound that makes his music so unique. 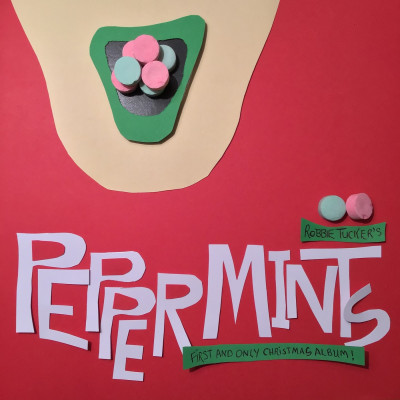