Chad is a singer songwriter from Perth Andover New Brunswick who has been playing guitar and singing for over 25 years. His vocal style is extremely dynamic and moving. He has been compared to artist such as Chris Stapleton Bruce Springsteen and David Bowie. Chad has the unusual ability to accompany himself with various instruments. He has become a constant fixture at the music venues where he resides. His live performances are dynamic honest and inventive. He has the ability to take a song that we’ve heard 1000 times and turn it into something totally new.

Chad‘s debut album is entitled ”In The Light”. Every song has been made up of intimate and personal lyrics. Each song on the album was designed with a broad haunting musical imagination to capture your attention with multiple lyrical hooks that are relatable to anyone no matter their background or experiences in life. Positive expressions of hope litter the title tracks such as, In The Light, Can You Find a Place, Somehow and Alive while other songs reflect his struggles such as Divided, Room Full of People and I Want to Cry.

Chad was not alone in composing the album. One of his most enduring friends Pierre Alexander Plessix, made a major contribution in composing the most compelling sweet and sensitive attributes of each song. For example note the dancing violins during the introduction to the song Room Full Of People. This composition was designed specifically to capture the loneliness and isolation of the pandemic that we all experienced.

If you have the opportunity to hear him live or book him for your venue don’t miss out. 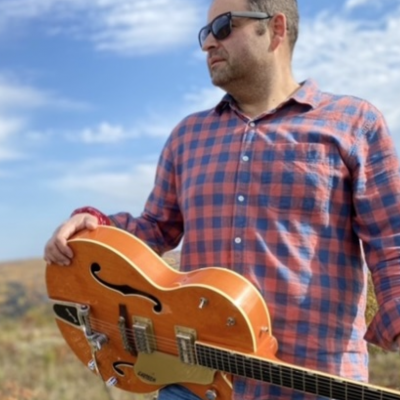