Twenty-one year old Canadian singer-songwriter-guitarist Cameron Molloy is a natural born performer. He is a full-time musician pursuing a formal education in Jazz Studies at Saint Francis Xavier University (StFX). Cameron is a guitarist with an ever-growing skillset whilst he continuously works on his musical composition. Not to mention, the effortless delivery of captivating vocal performances. Cameron has also mastered acoustical performances accompanied by his live-looping production, which is a special touch to each and every performance. Studio producer, Mike Oz has described him as a “triple threat right out the door: a voice that can sing like a lark and reach growly lows, a versatile guitar player and handsome as ever.”
Cameron has been passionate about pursuing a song-writing career since the age of eight, following his first coffee house performances. Throughout the years, he has showcased his inspiration and his talent at numerous festivals and events, including the East Coast Music Awards (ECMAs) as a Radio Opening Artist, Music NB as a Youth Showcase Artist, River Jam Festival, Larlee Creek Hullabaloo Festival, and the Stan Rogers Folk Festival. In addition, he has performed at numerous charity events such as Christmas Daddies/Tree of Hope in support of cancer initiatives, Hockey Heroes for the Heart and Stroke Foundation along with performing at the benefit concert in memory of Rebecca Schofield. All of which aligns with Cameron’s passion to touch and help others musically.
Following his finalist title on the television hit show The Next Star, Cameron released his first self-titled EP. Since, he has dedicated himself to composing a catalogue of touching songs taking inspiration from John Mayer and Eric Clapton. To help, he has attended songwriting workshops and networking to seek out new opportunities that include showcasing his abilities at music industry conferences and festivals. In 2020, he released his debut album Lyric Journal, which is an intimate collection of songs; each with its own unique story of love and loss to touch the hearts of listeners. Keeping the sound authentic to live performance and Maritime essence, the album exhibits exceptional melody and lyric delivery. Today, Cameron dedicates himself towards his music growth through professional training and personal practice. Cameron, his Taylor guitar, and his voice. 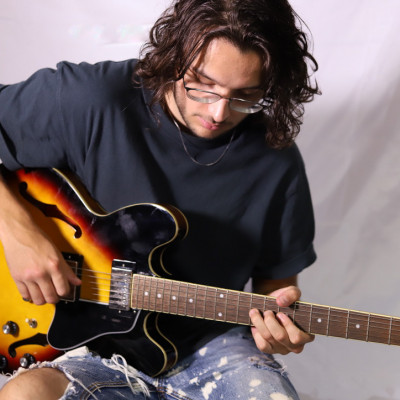